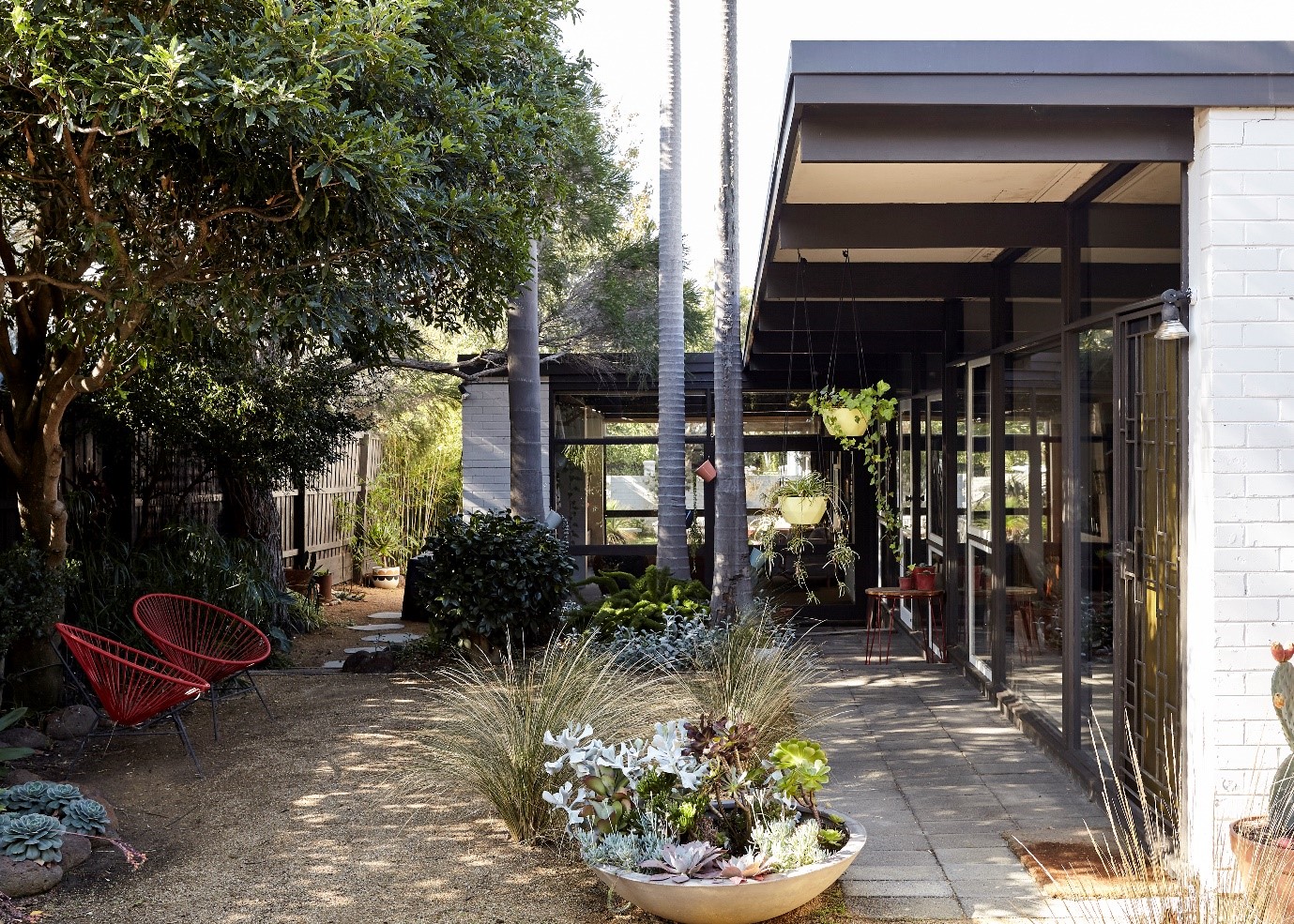 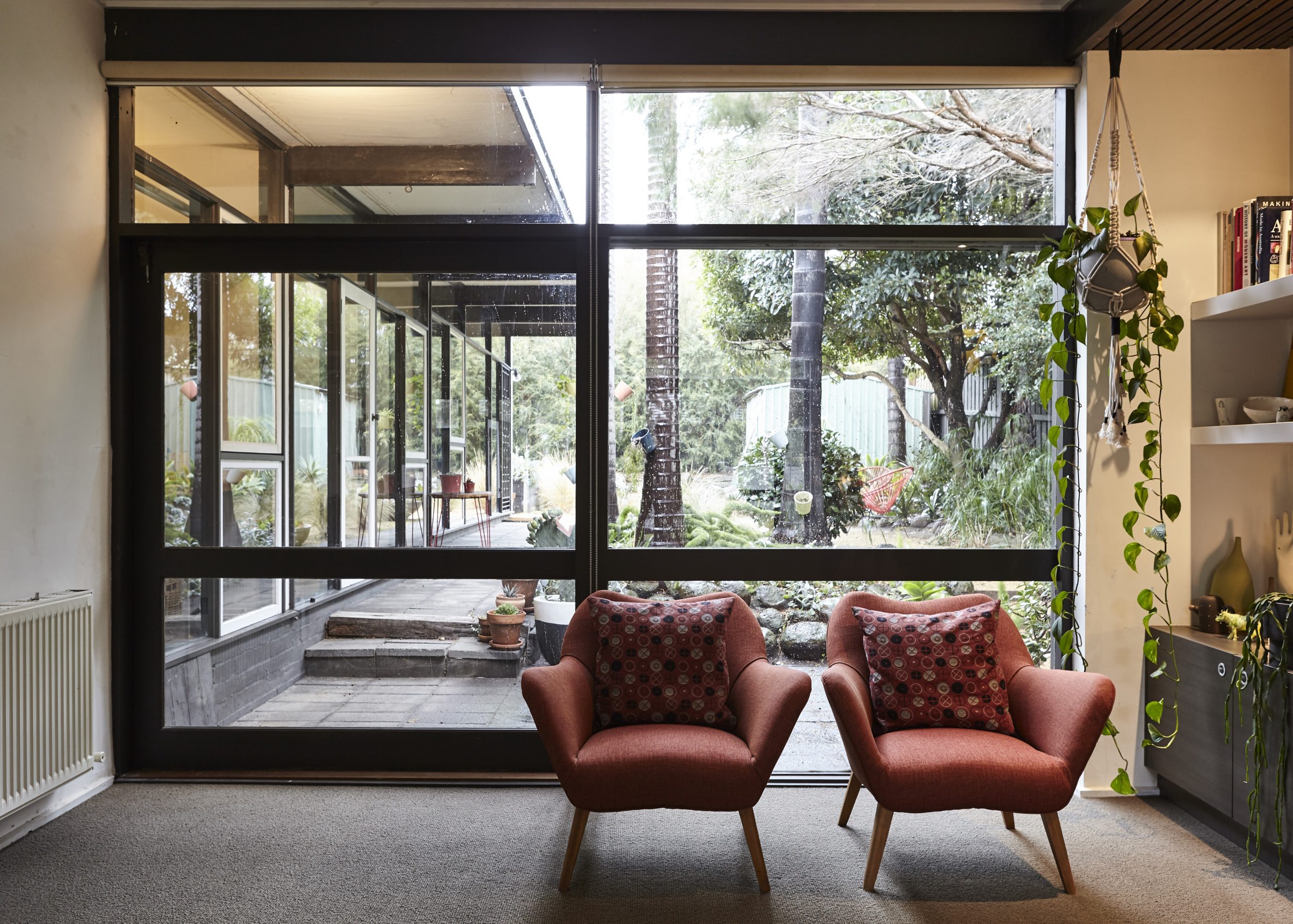 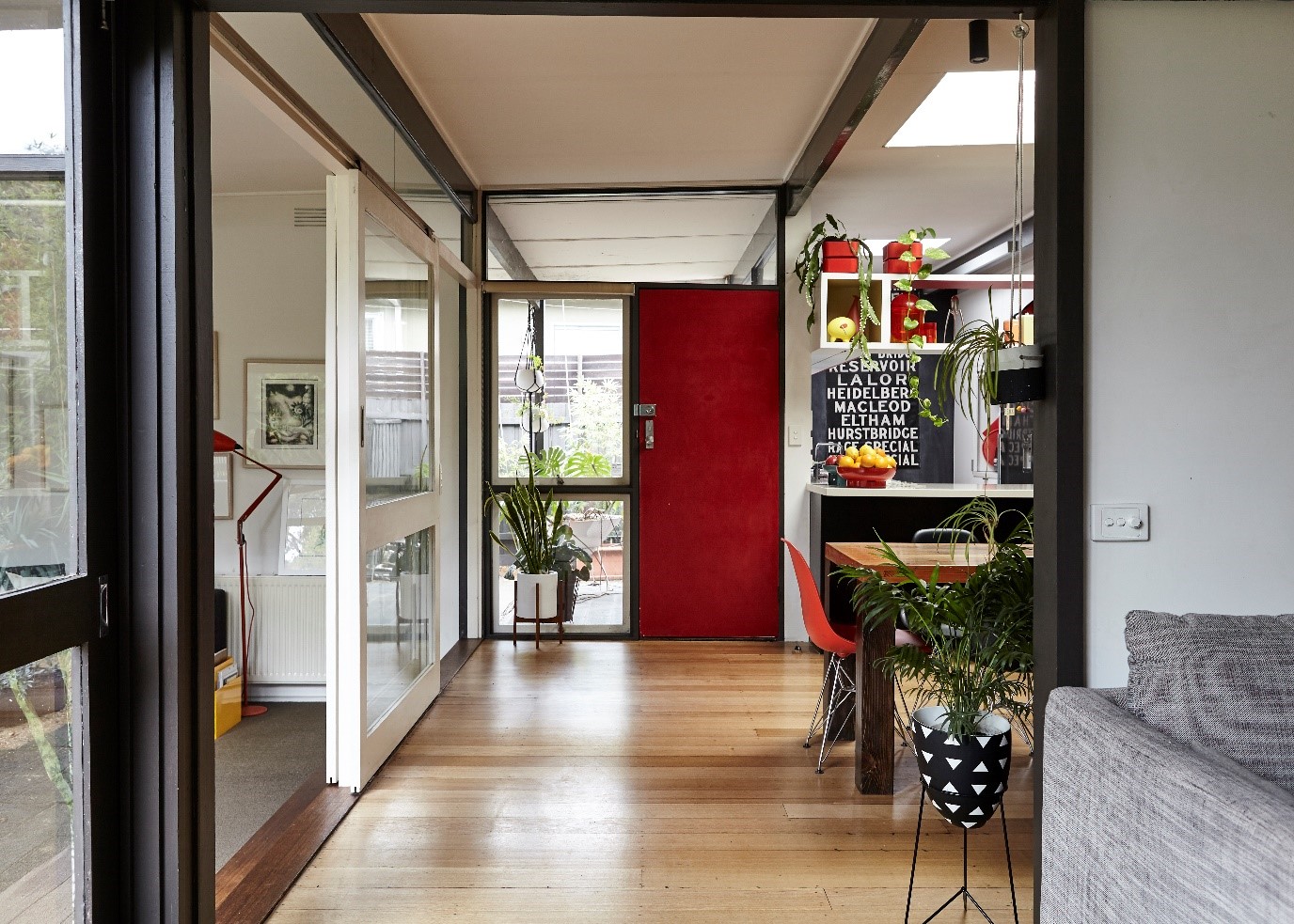 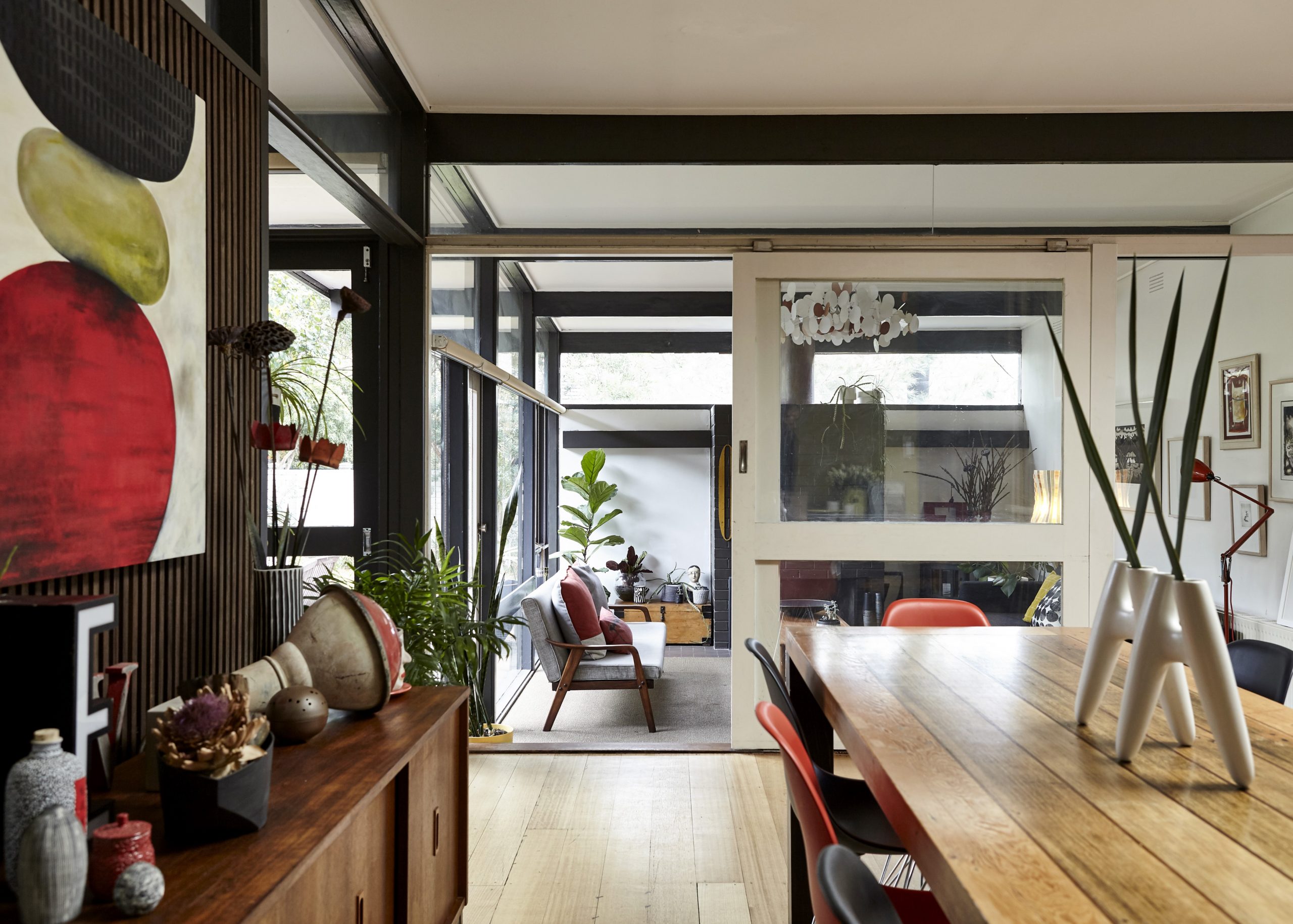 Designed by John Baird and completed in 1960, the Philpot House has undergone a sequence of renovations over the years – some designed by Baird himself, others more recent under the custodianship of the current owners. Through all of this work, the house has retained its heritage values and connection to the optimism and innovation of the postwar period, which was particularly strong in Beaumaris.

The Philpot House is one of a number of houses in Beaumaris designed by John Baird, himself a resident of the beachside suburb. It is recognised as a highly intact and refined example of his early work, and is also valued for its connection with the wider setting and cultural heritage of Beaumaris. The area is particularly notable for its many Modernist houses set in the coastal bush landscape, and was home to a high concentration of architects and designers. The Philpot House is also part of the broader postwar architectural commitment to developing regional interpretations of Modernist architecture – work that was simultaneously part of the international movement and locally responsive to site, landscape, culture and climate.

The draft Mid-Century Modern Heritage Study, prepared for the City of Bayside in 2019, identifies the house as being of historical, representative and aesthetic significance to the City of Bayside. It also recognises the house and site as notable in demonstrating the postwar subdivision by Dunlop Rubber Australia. The Philpot House was recommended for inclusion in the Heritage Overlay of the Bayside Planning Scheme as an individually significant place. Although as of early 2021 the house only has interim protection, the current owners value its heritage and take great care to retain the significance of the place while adapting it to the changing needs of the family.

The house and garden were run down when purchased by the current owners in 2000, but the ‘good bones’ were apparent. The owners valued the Modernist design, which supported contemporary family living, and they were attracted by the fact that there was no need to extend the house – all renovations could be done within the existing footprint. Located on the south side of the property, the original house steps gently down the sloping site to the east, creating four levels. A long window wall on the northern elevation looks over the garden that includes a tea-tree and three palms that predate the house. A later ‘north wing’, also designed by Baird, had been built in two stages – the family room was added in 1968, and a bedroom in 1980. This uses the same materials and post-and-beam stucture to the original house, creating similar light-filled spaces. Although later years saw some unsympathetic superficial changes, the house was very liveable, with the owners able to make it their home while undertaking alterations over time.

The kitchen was very small and had been renovated in a peach colour, in a manner that was not in keeping with the house.

The current owners – a graphic designer and an industrial designer – have slowly renovated the house over many years in response to needs and as the budget became available. An intimate knowledge of the house, and an ever-growing appreciation of the design gained through living in it over an extended period, has informed their approach. In particular, early intentions to relocate and enlarge the kitchen were shelved after living in the house for some years.

Early changes included stripping out unsympathetic layers (for example, Victorian-style doors had been added and the highlight windows filled in), converting the granny flat (designed as part of the original house) into the main bedroom and ensuite, and combining the two rooms of the ‘northern wing’ into a single larger living area. This last move reinforced the character of the house, enhancing the lightness and openness of the room and its connection to the garden. Over time the original building fabric has been repaired and maintained – including restoring the Stramit pressed straw ceilings, sanding and sealing timber floors, replacing two rotten windows that were exposed to the weather, and sourcing period light fittings that are more sympathetic to the house. The most substantial alteration is in the kitchen. After much consideration, the decision was made to keep the kitchen in its original location and redesign it to improve

efficiency and to increase connection to the living spaces. Overlooking the carport and street, the kitchen was small and separated from the living areas. Function was improved by reconfiguring the adjacent laundry to create a spillover space for busy periods. The wall separating the kitchen and living areas was replaced with a countertop and floating shelves overhead. This new cabinetry maintains the strong horizontal lines created by the original ‘floating’ cupboards and highlight windows. Remnants of original red laminate inspired the new colour scheme and material choices.

The house is carefully furnished with a mix of modernist and contemporary pieces, and is home to an extensive collection of Australian industrial design objects. The garden as part of the wider bush landscape is also understood as an essential contributor to the heritage values of the place, and is well cared for and maintained.

Overall, this well-loved home and garden maintains the spirit of the house as an integral part of its ongoing life.