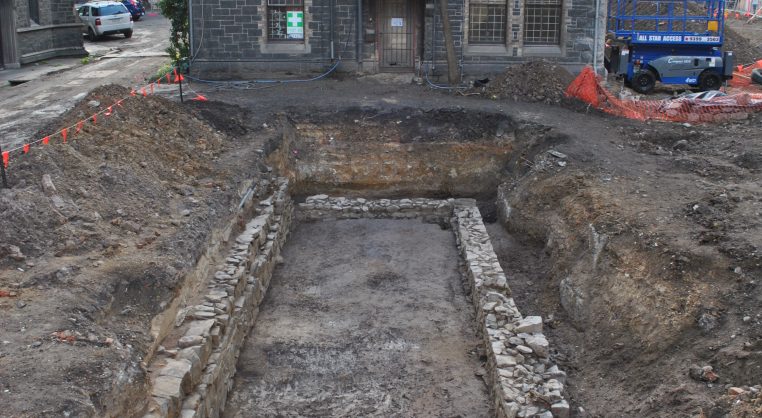 Heritage in Ruins: an investigation into Melbourne’s ‘buried blocks’

In 2017, archaeological excavations in Lonsdale street in Melbourne CBD revealed significant building remains (approximately the height of a single storey) at a depth of 2 metres below current ground levels dating from the first years of the city’s historic settlement. Further research of this city block revealed that this highly unusual discovery, not seen before in Melbourne, was part of a significant transformation in the mid-1850s when the Melbourne City Council raised street and ground levels to address flooding and sanitation issues in this part of town.

In order to understand the extent of this transformation across the city landscape and its implications for proactive archaeological site management in the Melbourne CBD, the Heritage Council, in partnership with Heritage Victoria, commissioned consultants Alliance Archaeology to deliver a research project entitled ‘Heritage in Ruins: an investigation into Melbourne’s ‘buried blocks’’.

The results of the project invite us to look at Melbourne in a new way. This is a significant report shedding light on a large civic works program in the early days of Melbourne that was largely forgotten and is now being rediscovered through historical research and archaeology.

The Heritage Council would like to thank Dr Sharon Lane and Alyssa Gilchrist from Alliance Archaeology for their research and the production of the final report.